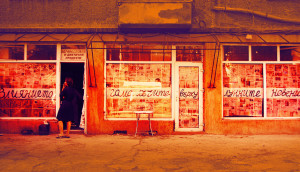 The Effect of Gamma Rays on Man-in-the-Moon Marigolds

The performance is presented in public in a former shop situated at the corner of str. “Budapeshta” and str. “Tzar Simeon” in Sofia.

The Effect of Gamma Rays on Man-in-the-Moon Marigolds is produced by the Alos Center, in partnership with “O-o! Space for contemporary culture” by Kalina Terzieva and Yavlena Real Estate. The project has received funding from the Bulgarian Ministry of Culture.